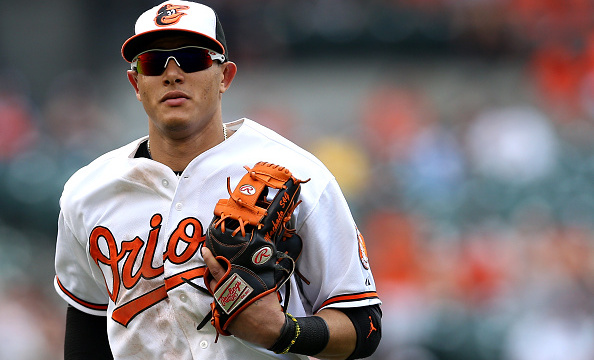 A Plan For The Orioles Off-season

As the Baltimore Orioles prepare to face the 2017-18 offseason, they find themselves in a difficult position, a classic example of being stuck at a crossroads.

Do they attempt to fix the wheels on the wagon and trek onward in 2018, or tear the whole thing apart and build anew? There are arguments to be made for either, both perfectly valid.

At face value, the O’s are a last-place team in a tough division, a division topped by two powerhouses in New York and Boston that are young, deep, rich — and not going anywhere. They have a superstar in Manny Machado who will soon be facing free agency and seems intent on testing the market. They have a disastrous starting rotation that needs to be remade. Even the once great bullpen is not the reliable force it once was.

But even with all of these issues, the Orioles were still within six games of the AL East lead as late as Aug. 2 and didn’t really fade from the fringes of the playoff race until mid-September. They still have a good offense that could have been even better if not for down seasons by a couple of key veterans. They have promising young sluggers like Jonathan Schoop and Trey Mancini and Chance Sisco. There is the veteran leader Adam Jones. There is a top five manager in Buck Showalter. And of course there is, at least for now, Machado.

Add all of these things up and there is, most important of all, hope.

We’re going to assume that as long as there is hope, the Orioles will not tear it up. They will patch it, improve it and trek onward. They will take another shot at contending in 2018, because things could be very different at this time next year. With all of this in mind, here is a blueprint for the Orioles’ offseason.

(You can discuss this on the BSL Board here.)

Get Manny Machado on the phone, now

This is the elephant in the room and priority No. 1. Machado probably is bent on testing the free agent market next winter. But general manager Dan Duquette needs to have an honest conversation with Machado and his agent and find out. If Machado doesn’t want to enter good-faith negotiations this offseason, tell him you love him but he’ll be traded if the Orioles aren’t contending in late June. Then call Chris Davis, Adam Jones, Zach Britton, Mark Trumbo and Darren O’Day and tell them the same thing. It just doesn’t make sense to keep those guys around if you don’t have Machado.

Let them all know you love them, you believe in them, you want to win with this group. Then let them know they’ve got three months to show they can do it. With that challenge laid down, Duquette can move on to improving the roster for 2018 …

We all know how bad the Orioles starting pitching was last season – worst ERA in baseball, disappointing performances from Kevin Gausman and Chris Tillman, and predictable cratering by Wade Miley and Ubaldo Jimenez, etc. The good news is that of the main starters, only Gausman and Dylan Bundy are under contract for 2018. The bad news is those other spots still have to be filled somehow.

The following is a list of starting pitchers who the Dodgers have under team control for 2018. All of them except Kazmir made at least one big league start last season:

Obviously Kershaw, Hill and probably Wood are off limits. Urias, though he is rehabbing from shoulder surgery, is still a beloved prospect and also probably off the table. But that still leaves six guys (Maeda, Ryu, McCarthy, Stripling, Stewart and Kazmir) who are at the very least serviceable starters when healthy, which is in itself an upgrade over what the Orioles ran out there last season. And aside from Kazmir ($17.7 million), none of their salaries are outrageous. Duquette should be able to come up with a package that pries at least one of those guys loose (maybe 1 + Kazmir?).

These guys are hardly perfect options, but top free agent pitchers like Yu Darvish and Jake Arrieta are going to be expensive in a thin market and the Orioles simply need too many of them to simply go that route. That leaves trades as the other option, and the Dodgers are probably the best fit for an Orioles team in urgent need of rotation bodies.

There isn’t a whole lot Duquette can do in this regard – remember, we are looking to compete, not blow it up. But there are a couple of things he can do (or not do) which will help gather some resources to use elsewhere.

First of all, he can bid goodbye to Welington Castillo. Castillo probably won’t pick up his $7 million player option for 2018, making him a free agent. While Castillo has a nice bat, Duquette should not bid on his services. Instead, hand the catcher job to Caleb Joseph and Sisco on an even split to start the season (may the best man earn more at-bats) and call it a day.

Another way to save money is an even easier call: Do not under any circumstances even consider picking up the $14 million club option on J.J. Hardy. Instead, buy him out for $2 million. Yes, it’s going to be sad to see the longtime Oriole go, but with the departure of Castillo and Hardy, you’ve just saved $19 million that you can use to rebuild your pitching staff.

Go bargain shopping at the Winter Meetings in December

After landing one or two arms from Los Angeles, Duquette’s next move should be to meet up with Melvin Roman at the Winter Meetings in Orlando. Roman is the agent for one of the few solid free agent pitchers the Orioles might be able to afford this winter – left-hander Jaime Garcia. Rob mentioned Garcia in this article a couple of weeks ago and I agree that he’s as good a free agent target as any for a number of reasons.

Like the Dodger options listed above, Garcia is not a perfect option. But unless he completely craters or has health problems, which dogged him during the 2013-14 seasons, he would be an upgrade over the bulk of the 2017 staff.

Garcia is a solid groundball pitcher with decent strikeout and walk ratios. He struggled in eight starts with the Yankees this season, but considering that was his third team of the year (the Twins flipped him from Atlanta to New York after only one start in Minnesota), you should take those numbers with a grain of salt. Don’t completely throw them out, this was after all his first run in the American League, just understand that it had to have been a difficult couple of months for Garcia.

In addition to Garcia, another target the Orioles might be able to grab is Lance Lynn, a former St. Louis Cardinals teammate of Garcia. Lynn had a nice rebound in 2017 after Tommy John surgery, making 33 starts with a 3.43 ERA.

Scrounge for an outfielder

On the offensive side things are pretty set for 2018, particularly on the infield. But the Orioles could use another outfielder. Jones and Mancini are set as starters, and Joey Rickard will be back as well. All of those guys are right-handed, so a left-hander would be nice. Seth Smith wouldn’t be a horrible option if you can convince him to return to a platoon role for less than the $7 million he made in 2017. Or you could take a shot on a short-term deal with a veteran trying to show he’s still got it — someone like Carlos Gonzalez or John Jaso (career .356 OBP), or even Jarrod Dyson if you want more speed on your roster. Duquette is usually pretty good at finding solid talent at this level.

It’s going to be fascinating to see how the Orioles offseason plays out and how Duquette reshapes the roster, particularly the pitching staff. Pitchers and catchers report on Feb. 13!

Bob Harkins is a former editor and writer for Time Warner Cable Sports in Los Angeles, where he helped cover the Dodgers and Lakers. Prior to that, he was a senior editor and writer for NBCSports.com, leading the site’s coverage of Major League Baseball for nine seasons. He always believed that Major League catcher was the toughest job in sports -- until he wrote a series on professional rodeo cowboys. Talk about tough! Co-Host of The Warehouse: https://anchor.fm/the-warehouse

With the impact of COVID 19 already wreaking havoc on the typical preseason schedule, I think the Ravens come at a big advantage heading into this year. A majority of…

No NBA Playoffs 1st Round breakdown is complete without taking a look at the tough matchups in the Western Conference. Things have already begun to heat up as the Denver…

After what was an extensive postponing of the season, the much anticipated 2020 NBA Playoffs are finally underway. As the first round begins, the eight teams representing the Eastern Conference…

Every week that we have baseball this season, and enjoy every single one because it could disappear at any given moment, I will be taking note of the three hottest…

Benfica Stadium in Lisbon, Portugal has seen many top flight soccer matches over the years. But its doubtful that they have seen the amount of craziness in a short stretch…